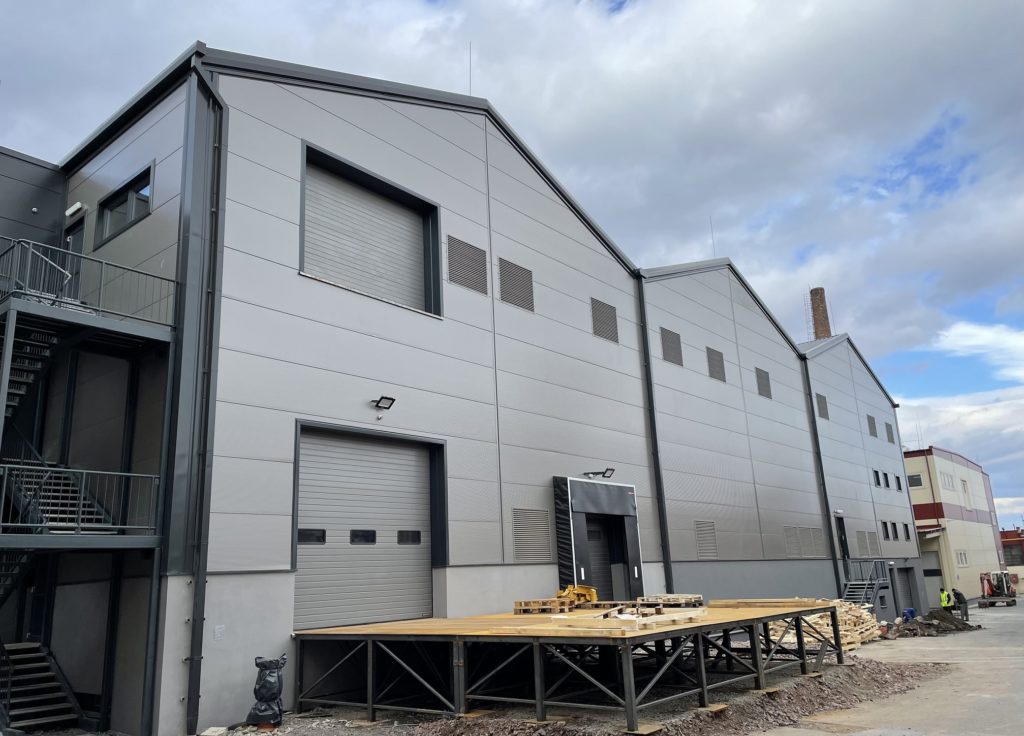 The nearly HUF 10 billion (approx. EUR 26 million) development started at the beginning of 2021 by Continental Tobacco Corp. in the more than 130-year-old tobacco factory in Sátoraljaújhely, is nearing completion. The construction of the new production hall is now more than 95 percent complete, and the installation of modern machinery has also begun. The inauguration ceremony of the three-storey hall, together with the start-up of the new production line, is scheduled for September 2022.

The investment made by Continental Tobacco Corp. was necessitated by the company’s increased demand for tobacco cuts. As part of the investment, a three-storey production hall with a floor area of 1,800 per floor and a total floor area of approximately 5,400 square meters, equipped with modern machinery, was built. In addition to increasing the tobacco cut production capacity by about 25 percent, the hall will also enable the modernization of the tobacco preparation process, as well as significantly increase the company’s competitiveness through the machines to be installed.

Tobacco cutting is an important stage in the tobacco preparation process in which fermented tobacco is moistened, pickled, blended, rested, cut, dried and perfumed. As a result of these processes, a tobacco cut for tobacco products is produced.

While the ground floor contains, among other things, the service rooms, the second level houses the tobacco preparation line, and the third level is partly storage and partly technological space. The factory hall is now 95 percent complete and the upper two floors have been temporarily occupied by the company to support the construction work. Weinberg ’93 Építő Ltd. was responsible for the general construction of the production hall.

In addition to the construction of the hall, the investment also includes infrastructure improvements, including automatic humidity and temperature control. The machinery includes an industrial robot to support the tobacco preparation line, a cigarette making machine with laser perforation technology, cigarillo making and spiral machines, packaging machine components and other modern laboratory instruments, most of which are already in use, except for the preparation line.

According to Csaba Füzi, CEO of Continental Tobacco Corp., the construction of the new plant is undoubtedly a milestone in the life of the company and the tobacco factory, which will significantly increase both production capacity and competitiveness. He added that the implementation is now at the finishing line, and it is particularly gratifying that, as things stand at present, the plant will be able to start operating at full capacity immediately after the handover in September.