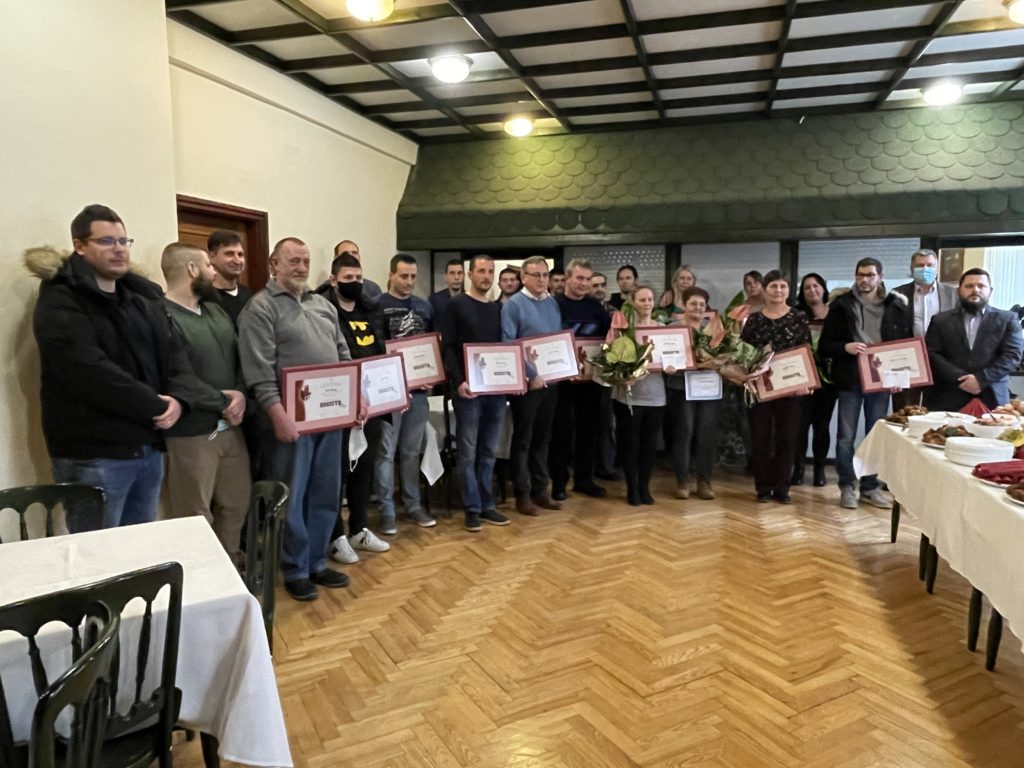 Kossuth Prizes were awarded by the management of Continental Tobacco Group to its employees who have contributed to the growth, operation and results of the company with their outstanding performance over the past year. The awards, which include a certificate and a cash prize, were presented to the employees by Csaba Füzi, the CEO of the company at an internal ceremony on 20 December.

The award, named after the company’s last cigarette without a smoke filter, “Kossuth”, was established 14 years ago, in 2007, as a tradition-building matter by the management of Continental Tobacco Group, with the aim of recognising its employees and colleagues for their exceptional performance.

In previous years, the awards ceremony was accompanied by a ball at the company’s headquarters, during which employees celebrated their common successes with owners of Continental. This year’s awards ceremony took place at an internal ceremony on 20 December in view of the pandemic situation.

At the event, Csaba Füzi, the CEO of Continental Tobacco Group presented the certificates and cash prizes to the 17 employees who contributed to the company’s operation and results in 2021 with their excellent work, unique ideas and successful implementation of their projects.

Congratulations to the winners!