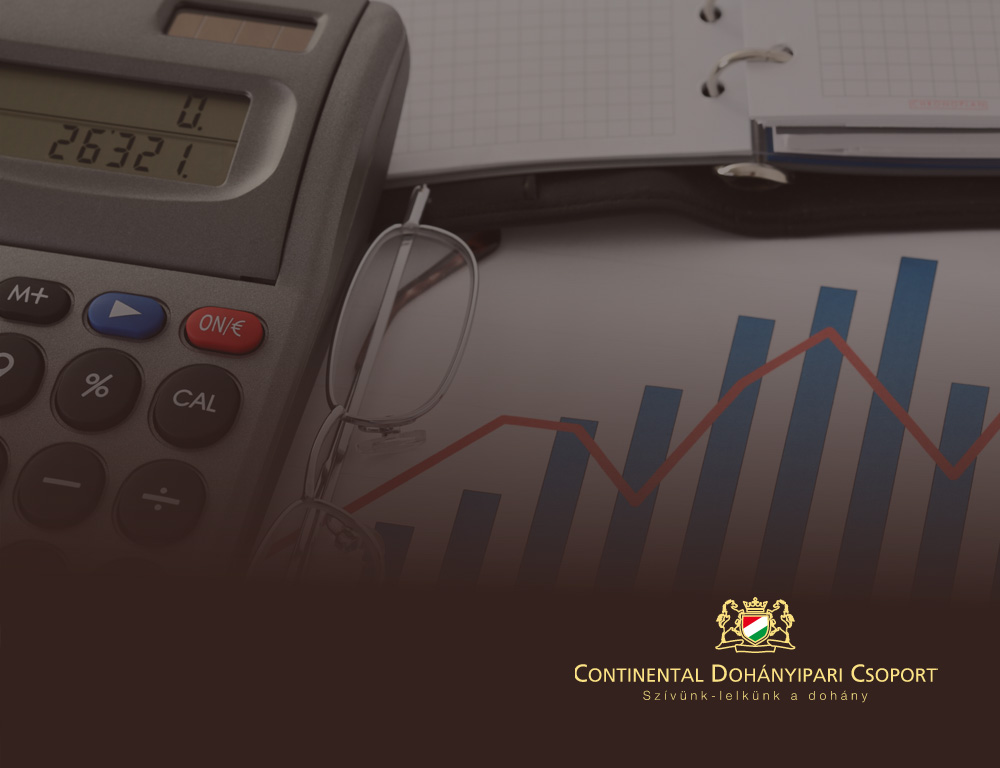 Continental Tobacco Corp., the owner of the tobacco factory in Sátoraljaújhely, has had its strongest year ever. The company’s sales revenue amounted to HUF 56.4 billion (EUR 153 million) and its profit after tax to HUF 6.4 billion (EUR 17 million) in the 2021 financial year – an increase of 20 percent and 7 percent respectively compared to 2020. Continental has also had an outstanding period in terms of sales, with both cigarette and cigarette sales increasing last year.

The company also had a successful year in sales, with cigarette- and cigarillo sales, which are the driving force behind the turnover, both growing in 2021. Although sales of smoking tobacco were lower than in 2020, in line with the general contraction of the market for smoking tobacco, this was due to a higher increase in the tax content of this product group compared to cigarettes and the rise in the sales of new generation tobacco products. The company also continued to strengthen its international presence in 2021, with its cigarillos also making an entry into the South American market, including Chile.

Last year was marked by a number of significant milestones. At the beginning of 2021, Continental started the implementation of a nearly HUF 10 billion (approx. EUR 26 million) investment, which included the construction of a modern machinery park at the Sátoraljaújhely tobacco factory, including a laser perforation production machine and various laboratory equipment. The main element of the investment is a 3-storey production hall, which will help increase the tobacco cutting and production capacity by about 25 percent. The construction of the plant is now nearing completion, with the inauguration ceremony scheduled for autumn 2022, together with the start-up of the installed production line.

Another major milestone is the preparation for the introduction of unit packets for tobacco products in early 2022. The company has successfully completed a complex supply chain process, including organisational and planning tasks.

Focus points for the year 2022

All these results and activities will lay the foundations for the company’s future plans. According to these plans, Continental intends to further increase its capacity beyond the completion of the ongoing investment and the handover of the new production hall, and to expand its activities through technology leasing.  Strengthening export activity is also an objective, with a focus on Asia, primarily the Middle East. The company will also focus on addressing the external challenges posed by the uncertain economic situation.

Csaba Füzi, CEO of Continental Tobacco Corp. said that the current, uncertain economic and business climate poses a number of challenges for all market participants, whether it is the rise in fuel and other raw material prices or the disruption of supply chains. In such an environment, the role of the fundamentals is significantly appreciated, so it is a particular achievement that 2021 has proved to be an outstanding year both financially and in terms of sales. He added that he believes the results achieved provide a good basis for the company’s further development.